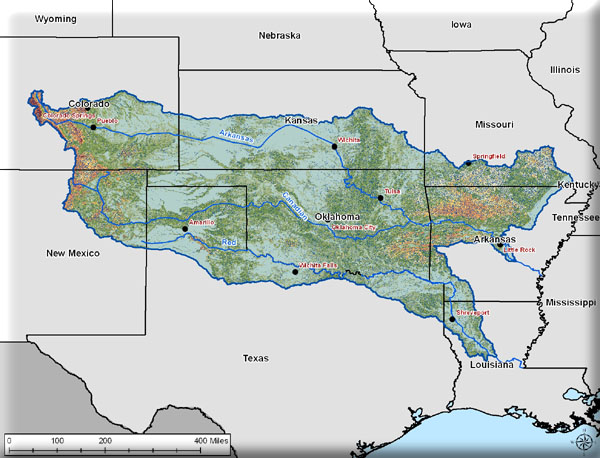 We collected occurrence records on 250 native and non-native fish species. The models were developed using boosted regression tree (BRT) analysis. Each species was modeled individually using the entire set of records within the species’ known range. Because we modeled a large number of species, we used the same predictor variables for all models. We did not tailor input variables for each species model. The fish species was the dependent variable and the stream attributes were the independent variables. Results show potential distributions based on abiotic variables independent of current condition.

The combined Arkansas, Red and White river basins cover approximately 9.5% of the land mass of the United States. The probability of occurrence models can be used by agencies and organizations interested in native or non-native fish
species distributions throughout these river basins.