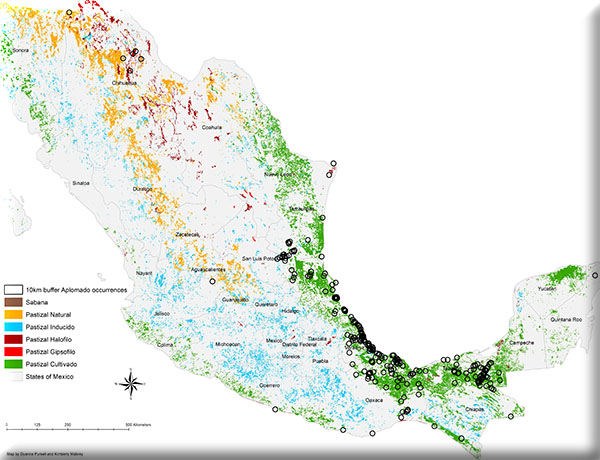 Despite the Endangered Species Ranking of the Northern Aplomado Falcon, its status and distribution have still not been well documented. Since the 19th century Aplomado Falcons have been regularly encountered in the tropical lowlands of eastern and southern Mexico. Elsewhere in Mexico, lack of historical records and systematic surveys make it difficult to determine past or current distributions and populations. This project uses available locality records and land use/landcover maps to estimate the spatial distribution of select vegetation types known to be inhabited by this falcon. Results of this preliminary attempt to define potential habitat (pastures and savannas of eastern Mexico and the desert grasslands of the central plateau) demonstrate the urgent need for better landcover data and more comprehensive surveys for the Aplomado Falcon.